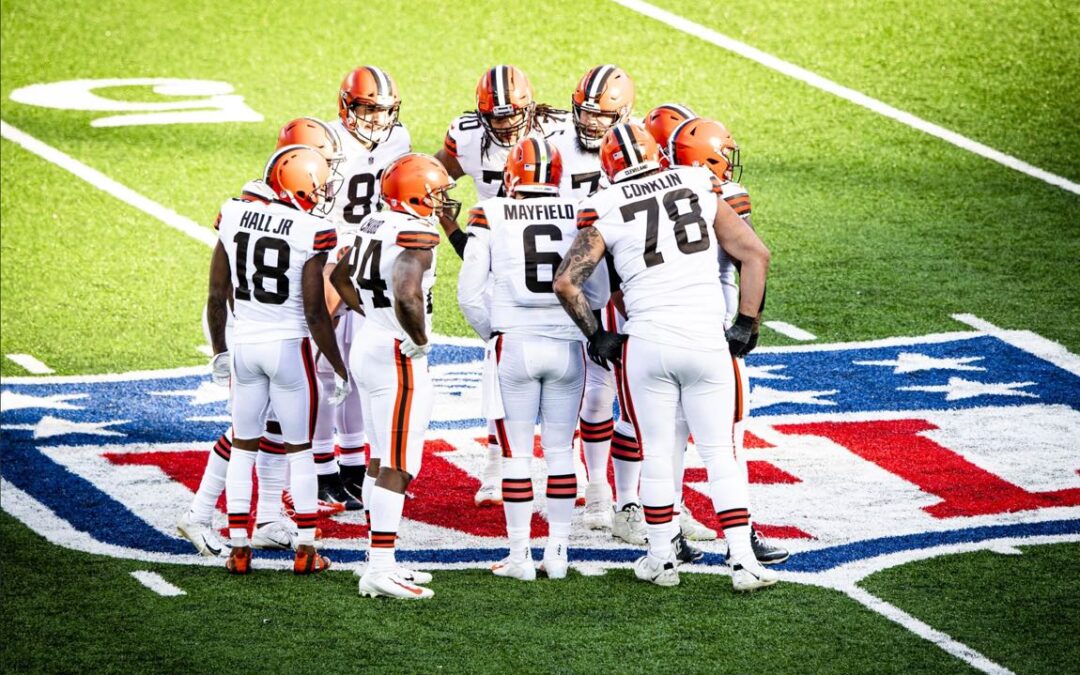 Baker Mayfield: The center of all things Browns

It must be the dog days before the beginning of football preseason. Why else would so many writers, some of whom claim to be analysts, go to cold-storage drawers in their pigskin morgues and haul out one of the cadavers that they already have autopsied?

This would include poor, pitiable Baker Mayfield.

The Cleveland Browns quarterback and author of a more convincing UFO report than the anticlimactic mess a Pentagon task force released is once again being sliced and diced into a million little pieces by football’s equivalent of forensic pathologists.

And why, pray tell?

Because, the Browns must decide whether or not Mayfield merits a contract extension, with a pile of money on the side. There are many opinions. Some writers such as Terry Pluto, Cleveland.com columnist, seem to be able to hold two of them simultaneously. That may be unfair to Terry. It is more a matter of to whom he last listened.

On a recent Sunday in The Plain Dealer, Pluto’s “Terry’s Talking. . .” included a compilation with the overarching title “. . . About why the league isn’t quite sold on Baker Mayfield” that carried water for former NFL General Manager (New York Jets, Miami Dolphins) Mike Tannenbaum, who is now ESPN’s Front Office Insider. (That is a fancy way of saying he knows stuff the rest of us do not because he knows people we don’t.)

Tannenbaum once worked in the Browns front office. That may or may not be where he learned to talk out of both sides of his mouth, but at the end of his year with the team it packed up and moved to Baltimore. Now, he believes himself an expert on the New Browns and what they should do regarding Mayfield: A smaller first “subhed” on “Terry’s Talking . . .” was “THE CASE AGAINST MAYFIELD.” That offers a hint of sorts of sort ofexactly where Tannenbaum stands on extending Mayfield’s Cleveland days.

He considers Mayfield has had one good season (2020) among three he has played. Others, me included, believe he has had two, the second being his rookie year (2018), during which he survived the coaching of Hue Jackson, one of the more incompetent men to ever hold a head-coaching position in the National Football League. Of course, the same might be said for overmatched Freddie Kitchens, Mayfield’s 2019 coach. Three seasons, four coaches, four offensive coordinators, two general managers, one ownership couple, and a bright object dropping from his Texas sky. That has been Baker Mayfield’s post-collegiate life. It is a wonder he is able to get up in the morning.

If a person listened to Tannenbaum, as told to Pluto, or directly from ESPN, Twitter, or in an analysis he wrote for The 33rd Team, a website that modestly describes itself as “The Premier Football Think Tank,” they might notice a wishy-washy-ness. After Tannenbaum said on ESPN’s “Get Up” and tweeted: “Baker Mayfield is very much a replaceable part. He’s had one productive season out of three. That is not greatness at the quarterback position. At best he is the fifth-best QB in the AFC,” he writes, “That’s not to say that I dislike Mayfield, or that I don’t think he can become a franchise quarterback.” Well, huh?

Remind me to hope that Mike Tannenbaum does not take a liking to me.

Both Tannenbaum and Pluto admire Mayfield’s fit with coach Kevin Stefanski’s heavy run/play-action-pass offense while making it sound as if Stefanski’s system (which is hardly unique) can perform the miracle of turning a sow’s ear of a quarterback into a silk purse in which he can tote away multi-millions from his to-be-extended contract. Pluto writes: “Mayfield is not good enough to carry a team on his back without some significant help”—before going on to point out that “very few” quarterbacks can.

So which is it? Mayfield’s excellence has become more obvious in an offense that fits him, or his flashes of brilliance are too few because the offense depends most on a stout offensive line, powerful backs, and pass-snatching wonders as well as the QB. Go figure. Aren’t quarterbacks engaged in a team game. (See the Browns’ Otto Graham.)

Pluto returned to his equivocating dissections—good to present both sides; not good for a columnist not to pick one and stick with it—and had a helping hand from Joe Banner. He isn’t an ordinary Joe, of course, but a former Browns CEO. Banner had also written an assessment for The 33rd Team of Mayfield and two other quarterbacks from his Draft Class of 2018 who are being considered for contract extensions and will receive them.

Banner rightly concluded it is “a massive risk for all three of these guys” to begin preseason training without deals, and he does not believe that will happen. They’re too good. Not Patrick Mahomes good. But certainly not Tannenbaum’s dismissive “very much a replaceable part,” as he said of Mayfield. Banner recognizes what seems so obvious but often becomes clouded for those bothered, or even offended, by Mayfield’s spunk, which to me, is the most telling piece of his leadership and play. He has at times—particularly at Oklahoma—stepped on or over the pluck line, but that is a risk I will take with a quarterback who can, if needed, put a team on his back and carry it.

It has become a precedent for quarterbacks who have proved themselves, to one degree or another, to receive contract extensions after three years. Though precedent may no longer count with the Supreme Court, it should count and set the NFL lines. Whether a nation or a team, it is useful to know where the lines are. Failures of Carson Wentz (injuries, weakened team) and Jared Goff (overrated) have scared some but should not frighten the Browns because they, Banner, and others who know Mayfield and his penchant for overcoming whatever odds he faces. And, there is this: “(The Browns) have spent the better part of this century looking for a franchise quarterback, and they would be left with very [few] options if they decided not to pay Baker.”

Dissect that, doubters. And do not let the perfect stand in the way of the perfectly good, which Baker Mayfield is and more. Either pay him or stick a scalpel right in the heart of hope. (If you look back through these posts, you’ll find this consistent message.)