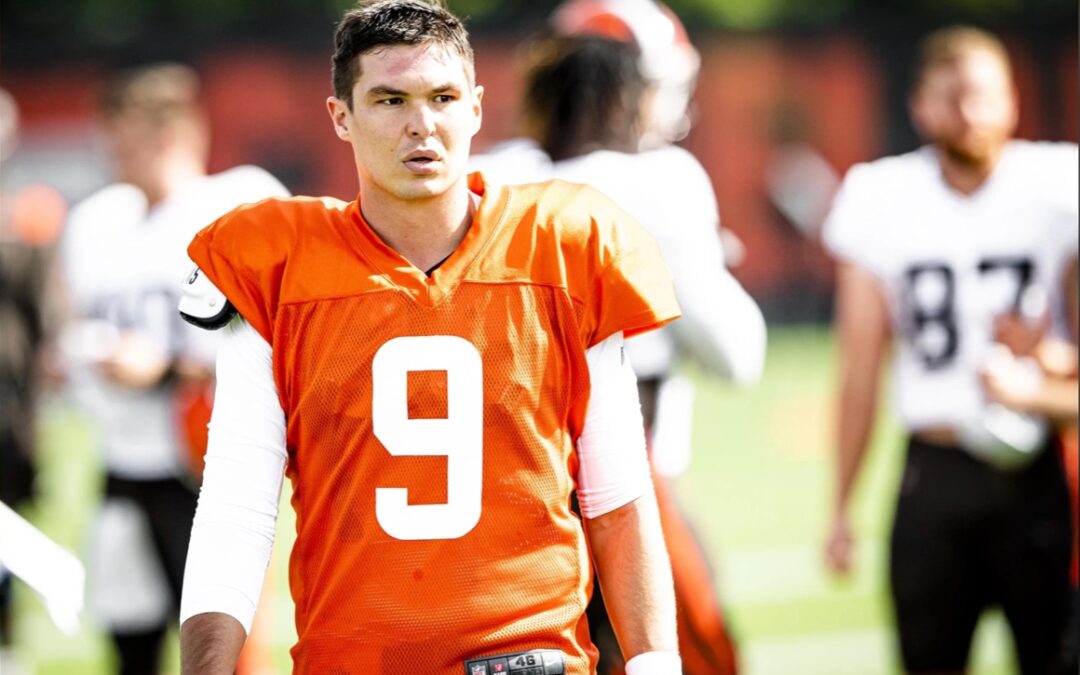 UPDATE: After this post went up, the NFL postponed the Cleveland-Las Vegas game to Monday at 5 p.m. and two others, Washington-Philadelphia and Seattle-LA Rams to 7 p.m. Tuesday. The opinion in this post remains unchanged: the National Football League took the wrong position regarding the COVID-19 surge, even it eventually corrected it—after much gnashing of teeth. Do better, NFL.

Stick a stick up the nose of the National Football League. It’ll test positive. It’s sick.

The swab could serve a dual purpose: It could test the protectors of the NFL Shield for COVID-19 and determine if there is residue of a brain. The latter is questionable.

For a league built on parity—through the draft, revenue sharing, you know the litany—the commissioner and other NFL mucky-mucks have turned their backs on protecting the shield that Roger Goodell all but claims to love more than being booed by fans.

If the Competition Committee, whose members are cozily appointed by the commissioner, is the tip of the spear that protects NFL integrity, it needs to be put to the grinding wheel for a sharpening. It’s dull. Either that, or competitive integrity is a ruse.

How else can the Cleveland Browns playing the Las Vegas Raiders at FirstEnergy Stadium on Saturday be viewed? The number of Browns who have tested positive for COVID-19 and been consigned to the COVID Reserve list, and probably will not play, reached 21 on Thursday. The number fluctuates—by hour, by source, by shifting NFL edicts. Since the league has been unable to control the most recent outbreak of the virus, it changed its protocols to make it easier for players to return to the field.

Is this any way to run the biggest, best ship in sport’s armada?

Quarterback Baker Mayfield, defensive leader Myles Garrett, and center JC Tretter, president of the NFL Players Association (NFLPA), do not think so. Everyone on the Browns, one of the hardest-hit teams, is affected, and Mayfield is among those infected.

Trying to nurse himself and his 7-6 team into the playoffs, Mayfield was placed on the COVID-19 Reserve List on Wednesday. On Thursday, he lashed out on Twitter: “NFL,” he tweeted, “make up your damn mind on protocols. Showing up and making only 3 teams test?!? All so you can keep the game as scheduled to make money. Tell me if this makes sense . . . No tests this morning . . . then let our team gather for practice . . . then show up after practice to test them. Something seems off here.

“Actually caring about player safety would mean delaying the game with this [outbreak] continuing at the rate it is.”

One of those tested late Thursday and found to be among five more players infected with COVID-19 was Case Keenum, the quarterback who was to take Mayfield’s place on Saturday against the 6-7 Las Vegas Raiders. Players unavailable to Las Vegas are injured. At last report—which could change at any second—they had no one on COVID-19 Reserve. The Browns have had as many as 21 but the number keeps fluctuating as the NFL alters its protocols to control the uncontrollable.

From the beginning of the season, Tretter—and thus the NFLPA—has pushed for the league to test daily for COVID. The NFL has refused to take this responsibility. So now the Browns could face the Raiders and quarterback Derek Carr without safeties Ronnie Anderson and Grant Delpit and maybe a cornerback or two. A Browns source told Josina Anderson, former NFL Insider for ESPN and now with USA Today and part of a new show, The Crew, on OTT, a digital steaming channel: “I really don’t know how we’re being asked to play this game Saturday. Carr might eat us alive.”

Don’t you just love it when someone, even if anonymously, tells the sick truth.

Defensive captain Garrett, who had a difficult experience with COVID-19 last season, did not seek anonymity when he said: “The lack of testing . . . all year, I kind of feel has led to this point. Only testing one time a week and guys doing their own thing on Monday and Tuesday with their time off, it was kind of recipe for disaster.”

The recipe has cooked up a scenario in which the Browns, who have struggled all season on offense with battered QB1 Mayfield, are down to QB3 Nick Mullens. I have focused on Baker Mayfield in a series of Mayfield Memoranda because, as I suggested early on: With regard to the NFL, it is always all about the quarterback. (Or, the virus.)

With San Francisco from 2018 to 2020, Mullens in 16 starts constructed a 5-11 record, with mixed statistics that help to explain that result: the good—4,405 passing yards, second most to Patrick Mahomes’ 5,100 in NFL history in such a span, but also the bad—25 touchdowns offset by 22 interceptions thrown. Mullens was signed to the Browns’ practice squad on September 1 and activated only Thursday. The NFL increased the number of players who can be on the practice squad from 14 to 16, in large part to deal with the COVID situation on top of injuries. This will test that premise.

At the beginning of the 2020 season, Mark Maske of The Washington Post predicted that the first COVID-19 season in the NFL’s experience would make it impossible for the league that “is all about competitive equity [that] places a premium on ensuring each team is given a fair and equal chance to win” would find this hopeless to pull off. A year later his prediction seems to have come true. While other professional sports—hockey and now basketball—have begun to postpone games in the face of the new virus outbreak, the NFL did not or could not build this alternative into the new 17-game schedule. The league clearly is standing on its head, the commish wiggling his ears to play on.

Meanwhile, others are noticing. The New York Times columnist Kurt Streeter proposed this week that sports should pause: “If we’re genuinely interested in public health, genuinely invested in slowing the virus and saving lives, we need to look at the storm that has gathered and take shelter from it. Come back in February, or later.”

Streeter is right, of course, but he probably recognizes that this has become a nation in which people refuse the vaccinations that can save their lives and the lives of others. If they won’t do that, what incentive do they have to give up sports? They probably are the ones who will miss watching COVID-sidelined Browns Coach Kevin Stefanski call plays.