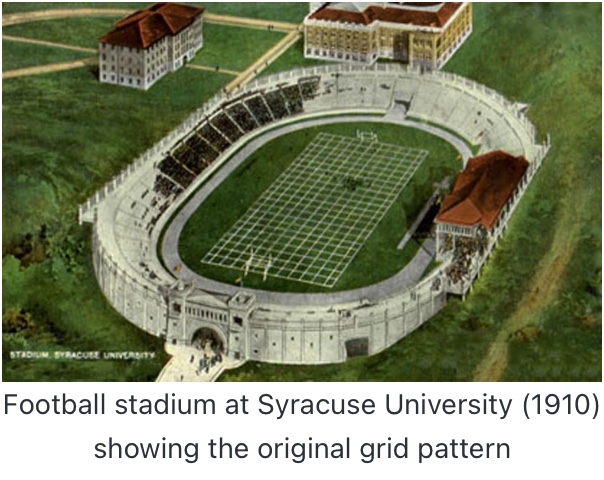 If soccer is The Beautiful Game—crowned with its elegant, simple, and yet descriptive title—why didn’t someone, all those years ago in England and America, have the decency to give each of the various football games a beautiful name of its very own?

Or, failing that, at least provide a grammatical guide to usage and understanding.

This may not be a question most people ponder as the European and Copa América championships reached their climactic moments but I cannot get it out of my head. Watching these enthralling competitions has made it more obvious than ever that there is only one true football and it is what we Americans think of as soccer and, therefore, call it that. Even the English were willing to use that word for much of the 19th century. But then, as with so much that becomes Americanized, resentments build and fester.

Stefan Szymanski, a professor of sports economics at the University of Michigan, wrote in 2014 a paper titled “It’s Football not Soccer”. It sorts out not only the origins of the conflict but also the “semantic reaction” to the words “soccer” and “football” through an analysis of the use of these words “in American and British publications from 1900 until the present (the present now is seven years ago but not much has changed).

Perhaps some of the animosity Szymanski identifies—online search engines can spit it out—might have been avoided if there had been more thoughtful naming of our various football games—soccer, rugby, American football. Instead, we have a crazy quilt of naming devices that feel as if they have been poured into a pot, creating a tasty stew for different appetites yet one that can drive a person as crazy as an Englishman in the midday sun or any ordinary English football fan exposed to persistent rays of failure.

The first written rules of the game, according to Szymanski, were adopted in Cambridge in 1848, followed by founding the of the Football Association in London in 1863. Rugby was also a game of the foot until 1823 when during a game at the Rugby School a player picked up the ball and ran it over the goal line instead of kicking it. People liked it.

“There had always been variants of the ball games which involved the use of the hands, and in . . . 1871 a group of clubs met in London to form the Rugby Football Union, to codify and develop their version of the game,” Szymanski wrote. “From this point onwards the two versions of football were distinguished by their longer titles, Rugby Football and Association Football.” For practical purposes it seems as if “soc” was pulled out of “Association,” first as “assoccer” and then just “soccer,” according to John M. Cunningham who worked for Encyclopedia Britannica. In a 1905 letter to The New York Times included in Szymanski’s paper, a Francis H. Tabor takes the newspaper, and others, to task for using the word “Socker” instead of soccer.

Tabor explained: “. . . it was a fad at Oxford and Cambridge to use ‘er’ at the end of many words, such as ‘foot er,’ ‘sport er,’ and as Association did not take an ‘er’ easily, it was, and is, sometimes spoken of as Soccer.” No less an authority than the Pro Football Hall of Fame points out that American football (1860s) combined Rugby Football and Association Football and considerably later in 1906 began allowing forward passing. That took some real foot out of football. It also suggests that an alternative name that once was used might have been appropriate to retain, though too late now.

In the early years of the American and Canadian games, the field was marked not only with today’s horizontal stripes but also with vertical ones. The width-and-length of field parallel lines “produced a checkerboard pattern resembling a cross-hatched cooking gridiron.” During this time the game was sometimes referred to as “gridiron football.” The gridiron field, if used today, might be confused with an old TV test pattern. Still, the historical element of the original layout remains in the lexicon—and history has appeal.

At the very least some of the confusion around and animosity toward some of the terms used to describe the various games of football could be lessened by the use of antecedents, e.g. American Football (if not my choice, Gridiron Football), Association Football, Rugby Football, etc. Top End Sports has compiled a list, with proper spellings and notes, of how Association Football is referred to in countries around the world.

It would be enlightening and entertaining to read what my favorite soccer writer, Rory Smith, chief soccer correspondent for The New York Times who writes the “On Soccer” column, thinks about the name-of-the-game issue. Smith, however, is busy providing some of the best storytelling you’ll read regarding the current championship competition, including “Before England Could Celebrate, It Had to Suffer,” “Lionel Messi Tries to Slay His Ghosts,” and “Chiellini, Bonucci and the Joys of Pushing Back.”

As much if not more than anyone, the great Brazilian footballer Pelé cemented The Beautiful Game (o jogo bonito in Portuguese) into the vocabulary, even titling his autobiography My Life and the Beautiful Game. Though it acknowledges that the exact origin of the phrase is disputed, Wikipedia credits football commentator Stuart Hall with its use as far back as 1958. The only football with which I was familiar in the 1950s was the ovoid-shaped ball we used to play Gridiron Football on the field at Ironman Memorial Stadium in Nowata, Oklahoma.

The Beautiful Game has underpinned many artistic endeavors besides Pelé’s writing. There was an Andrew Lloyd Webber 2000 musical, a rap anthem, and a podcast that bloomed from a New Model Army version of The Beautiful Game in 2014; best, a 1996 album of football anthems featuring “The Three Lions” in a run-up to England’s memorable loss to Germany in the 1996 European Championship semifinal. “For the last two and a half weeks, England’s euphoric Euro 96 campaign has been our entire world,” The Guardian reported. “And like that, it’s gone (6-5, after current England coach Gareth Southgate missed a sixth penalty kick).” Is it an omen that to get to the 2021 final game against Italy, England defeated the Germans, 2-1, with Southgate coaching?

My plea is not so much for a particular team in either final—though I would like to see England prevail—but for something more important: a naming convention that results in football names half as lovely as The Beautiful Game itself. Is that too much to ask?