The Mystery of the Pink Motor Scooter is Solved—or Not 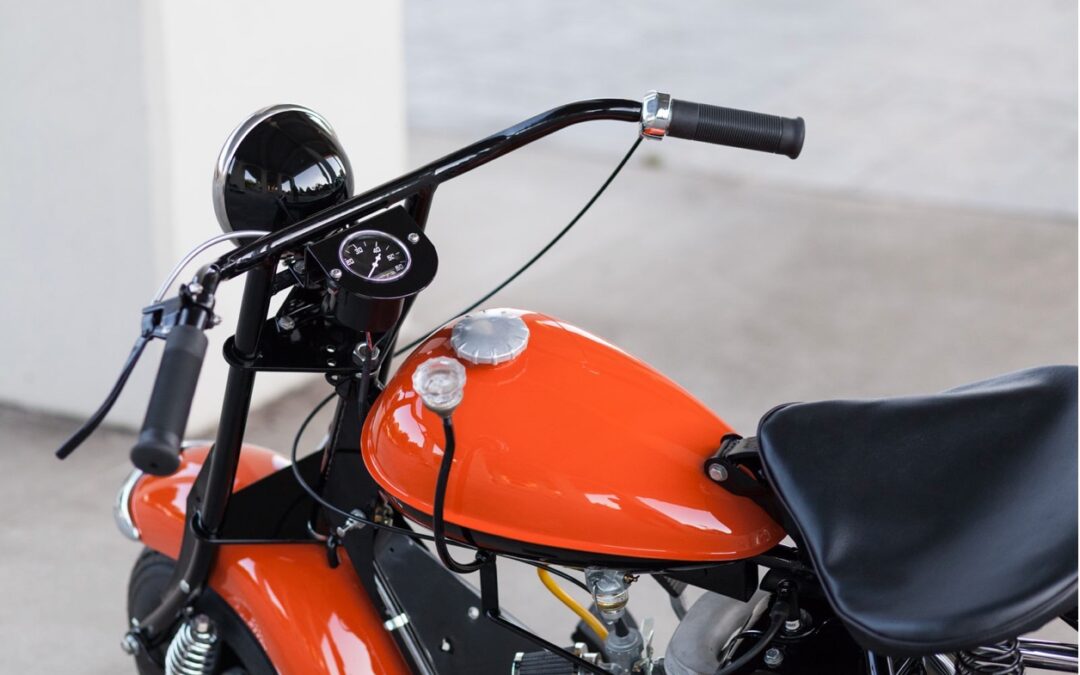 The Mystery of the Pink Motor Scooter had no precise beginning and may have no conclusive ending. It exists—bright, flashy, significant—in the minds of two young friends who somehow have now grown old. Memory can play tricks on a person with miles and miles on the odometer. It can prove different from one person to another.

Can both be right? Can the fusion of two partial memories create an accurate whole? I should have answers. I wrote a capstone (more commonly referred to as a thesis) for my late-in-life master’s degree that would seem pertinent to the topic: A Species of Lie: Memoir and the Elusiveness of Truth. It melded creative nonfiction and philosophy which seemed appropriate given the degree I earned was in Interdisciplinary Studies.

I did not consider at the time that the work I did at Hiram College in 2009 might become applicable to solving The Mystery of the Pink Motor Scooter when I wrote a hybrid of memoir/personal essay more than a decade later. But, that is the surprise outcome.

When Darrel Fry learned of my 2020 book and read Football, Fast Friends, and Small Towns: A Memoir Straight from a Broken Oklahoma Hear, he did not expect to discover a mystery as a bonus. Yet there it was. The Mystery of the Pink Motor Scooter.

What he expected to find was a shared familiarity of our hometown—Nowata, Oklahoma—and some the institutions that we had known together growing up in the 1950s and ’60s. Institutions that were the building blocks of many small towns of the time: school, church, Boy Scouts, sports, and friendships can last beyond what might seem to have been their expiration dates.

Darrel, two years older than me, was born in 1944 and a member of the Nowata High School Class of 1962. Though he did not immerse in sports as I and my closest friends did, we would have had a connection there as well had I not been removed from Nowata in the middle of my sophomore year. Football season had ended, but for many small-town athletes transition to the next sport (basketball) was way of life.

It is one I was never able to make in Nowata. I had to tell Coach Bill Shahan that I was leaving. He had a Midas touch in creating winning teams and turning those on them into the best players they could be. Not me, though. My veterinarian father had been transferred by the U.S. Department of Agriculture to Sacramento, California. Darrel, by serving as manager/trainer for the basketball team, got to know Shahan as I had hoped to do. When we exchanged emails after he had read my memoir and followed that with lengthy telephone conversation, Darrel reinforced one of the premises of my book: “The people,” he concluded, “are the strength and magic of small towns.” And Bill Shahan proved to possess both strength and magic. Darrel said Shahan not only could relate to young people as teacher-and-adult but also as friend. Darrel’s gain; one of my losses.

Though Darrel and I shared Scouting, including working for 16 months in a group of five boys to earn the God and Country Award, and also had an early relationship because our parents were friends and often visited each other, dragging me along, it was The Mystery of the Pink Motor Scooter that Darrel brought up first and foremost and that we attempted to unravel during our correspondence and conversation. I remain uncertain.

“I was taken back when you talked about the Pink Cushman Eagle,” Darrel wrote. And I was taken aback when Darrel explained the reason, one, I would think, I should have known. I had written about giving one of my teammates, Clarence Smith, a ride home when basketball practice ran late on occasion when we were in junior high. The teammates—one white, the other Black—made quite the impression tooling through the middle of our small town. The junior high had only just been integrated and not everyone had been pleased by this step toward equality. One bigot telephoned Mama and complained about Clarence and my integrated Pink Motor Scootering. He got an earful in return. Mama might have minced pies but she did not mince words.

Darrel told me the backstory and some of it fit nicely. His great uncle owned Evinrude Boat Motor and Cushman dealerships in Coffeyville, just across the state line in Kansas: “He had this pink scooter he couldn’t sell and so he made my parents a deal.”

His pieces of the puzzle should solve The Mystery of the Pink Motor Scooter. He rode “our” Pink Cushman Eagle until he was old enough (16) to get a license to drive the   Maroon Ford. Meanwhile, as I so often did, I was pushing the envelope on driving age—14 for motor scooters and cycles. I harangued poor Mama and Daddy until they let me buy a used, red Cushman Eagle that needed work, something Daddy enjoyed. Me, I just wanted to ride, not to first learn motor-scooter and then auto repair. They gave in and I rode the red Cushman before I could legally do so. But I wanted newer, better, brighter.

So I cracked open my newspaper-route savings, and Daddy co-signed for a loan that I learned how to arrange at Nowata’s First National Bank. We went to Coffeyville and bought a Pink Cushman Eagle. (How could anyone not like hot Pink?) My memory is that it was new. Darrel’s nicely fitting puzzle pieces, however, have given me doubts.

“I don’t remember what happened to my Pink Cushman,” he told me, “and I don’t remember you having it. BUT, mine had to be the one you bought. The timing is right. My great uncle wouldn’t have bought a second pink one after his experience with mine.”

If Darrel is correct, whatever damage he had done to “our” Pink Cushman when he took a spill on it on an icy road had been meticulously repaired. Good thing. I would not have liked to spend my money on damaged goods. Stevie was a picky little sucker but maybe not observant. Darrel’s head had to be repaired at the Nowata hospital emergency room, and I never detected that he looked the worse for wear.

While I don’t doubt the veracity and do appreciate the ingenuity of Darrel’s solution to The Mystery of the Pink Motor Scooter, I’m embarrassed if I have harbored the impression that this youthful milepost was newer and shinier than it was. But then, I am neither new nor shiny—and I did once own the most desirable scooter of the 1950s. I willfully shared it with Smitty, and I don’t mind a bit if I unknowingly did as much with Darrel. What is irksome is to have become an old man whose truths may not be real.