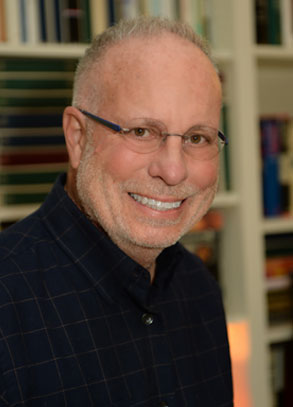 Meet Steve Love
Old sports columnists can learn new tricks. Former Akron Beacon Journal sports columnist Steve Love’s blog—Toward the End: Readings, Writings, Football—offers a career’s-worth of football knowledge, from the preps to the pros. If you loved—or hated—him when he was Ohio Sportswriter of the Year, you’re in for the ride of your life on his new blog vehicle, which already has evolved to include writings about his eclectic readings.

Love, author of five books ranging from Gerry Faust’s The Golden Dream to Wheels of Fortune: The Story of Rubber in Akron, which he co-authored with David Giffels to The Indomitable Don Plusquellic: How a Controversial Mayor Quarterbacked Akron’s Comeback, may be a new blogger but he requires no training wheels. In fact, instead of being constricted by the grind of daily journalism, he had been set free to take a longer and unique view of football—the game, the teams, the players, even politics, of which he knows something as a former chief editorial writer. Old and broad knowledge can inform today’s understanding.

While the Cleveland Browns and the National Football League will be an emphasis, Love will also address college football and even high schools. Why not? As you can learn from his forthcoming book—Football, Fast Friends, and Small Towns: A Memoir Straight from a Broken Oklahoma Heart—Little Stevie’s mama hauled him to his first football game when he was only nine months old and, if in a different way than he anticipated, football became a forever part of his life.

During more than 40 years as a journalist, Steve Love’s writing—sports and otherwise—won countless awards and his own piece of two Pulitzer Prizes awarded to the Akron Beacon Journal staff for its coverage of an attempted takeover of the Goodyear Tire & Rubber Company and its Question of Color series concerning race relations in Akron, a story that never seems to die. But that was yesterday. Those awards have been put aside in one of the Love closets. Teams cannot live on last year’s success nor are they doomed to repeat last season’s failures.

It is a new day. A new medium. Join Steve Love in using it to explore an old game with new twists.