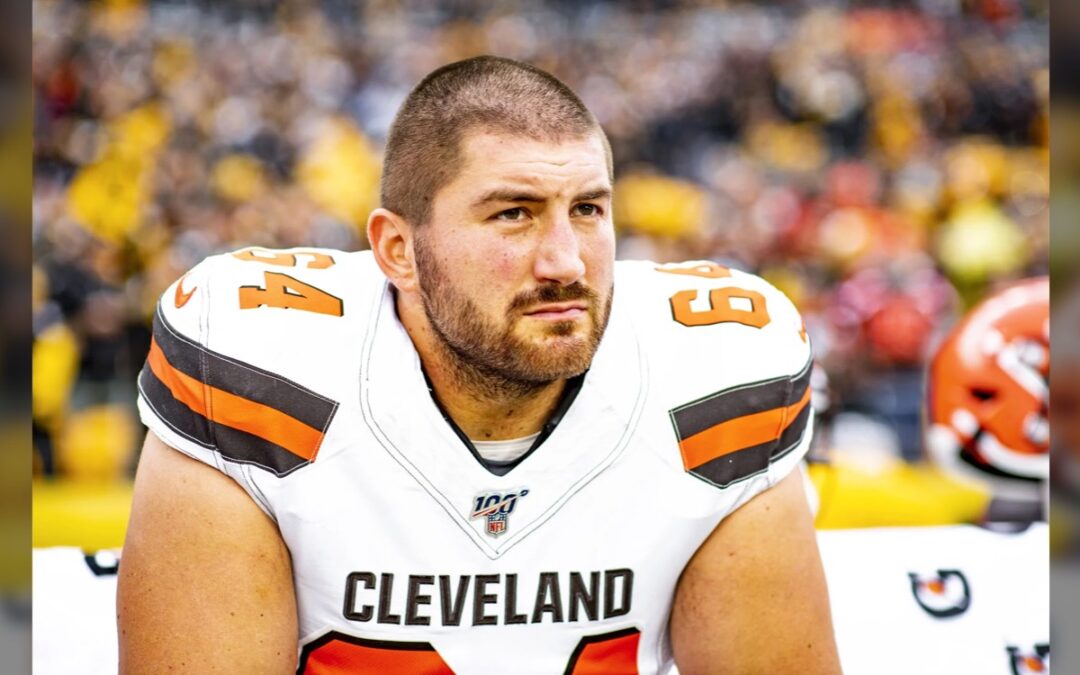 Cleveland center JC Tretter does much more than protect his quarterback

No, not the Joes—not Biden nor Manchin (the West Virginia senator who behaves as if someone elected himpresident). As far as I’m concerned, the one person who has demonstrated the greatest leadership and most presidential qualities this football and holiday season is JC Tretter, Ivy League-educated center of the Cleveland Browns and president of the National Football League Players Association (NFLPA).

And what has that gotten Tretter? A positive COVID-19 test and Christmas at home.

As the Browns (7-7) visit just the place every person wants to spend Christmas—Green Bay’s legendary Frozen Tundra (climate change notwithstanding)—to spend a holiday afternoon butting heads with the NFL-best 11-3 Packers, Tretter on Thursday practiced what he has preached to his not-always-appreciative player constituency. He reported to the Browns facility in Berea and asked to be tested for the virus.

He tweeted that he had been “experiencing mild cold-like symptoms” that morning, and even as the NFL has changed its protocols and no longer requires asymptomatic players to be tested—a convenient decision that keeps the ball rolling and the money pouring in—Tretter volunteered for a test. He could have ignored the mild symptoms that he said he had, but that isn’t what he had advised his fellow players to do. In fact, he has hammered the NFL all season to return to daily testing—of everyone—to protect players, coaches, and other personnel, this even before the onset of the Omicron variant that medical people—NFL and otherwise—warn is highly contagious.

Unless Browns Coach Kevin Stefanski—Mr. Equivocator—comes up with a Christmas miracle of which the NFL’s chief medical officer, Dr. Allen Sills, is unaware, Mr. President Tretter will miss his first game as a Brown. He has played 78 in a row, through pain of injury and, in recent days, after being turned into a piñata by some of his less-knowledgeable members who thought he was up to no good when he sought to have Cleveland’s game against Las Vegas postponed because of a virus outbreak. The Browns facility looked more like medical facility than one used by a football team.

The Browns were not alone. Two other games from last weekend were pushed into this week, the Browns playing on Monday and two games originally scheduled for Sunday taking place on Tuesday. Some of the Raiders did not like this and thought if the Browns could not get on the field when they were supposed to do so that they should forfeit. They accused Tretter of winning the Browns unwarranted favorable NFL treatment because he is union president. Actually, Tretter was trying to save paychecks.

“I think the thing people did not understand,” Tretter explained during a Zoom call with the media, “was that I was fighting for the same thing for the Browns players as I was for the Raiders players, and that was to get paid. That is my job as president.”

The NFL informed teams during the summer that it would not reschedule games if that extended the season. If a team missed a game, its players would miss a paycheck. Tretter wanted none of that—for anyone. So he pushed for quick rescheduling, even if it meant a week with, in the Browns case, a game Monday—a loss, by the way—and another on Saturday. “I do not worry about standings,” he said. “I do not worry about record. . . . I worry about making sure our guys are paid, and that was my concern.”

I would guess that given Tretter’s priorities and sensibilities that he also did not worry about being snubbed this week for the Pro Bowl, though two players who work on either side of him on arguably the strongest interior line in the NFL—guards Joel Bitonio and Wyatt Tretter—were chosen. Others noticed the slight, however. Nick Shook, Around the NFL writer for NFL.com, while noting how difficult it can be to “truly quantify the effectiveness of offensive linemen,” referenced the in-depth grading done by Pro Football Focus: “The argument in favor of Tretter is much like the one supporting David Anderson’s (New England) case for the Pro Bowl. [Tretter] has a rock-solid PFF grade (higher than Anderson and Pro Bowler Ryan Kelly) and has been an integral part of one of the league’s best rushing attacks . . .” The AFC starting center will be LA Charger Corey Linsley. Also ignored was Kansas City’s Creed Humphrey, who has been every bit as good in his first NFL season as he once was protecting Baker Mayfield at Oklahoma.

Stefanski did not rule Tretter out against Green Bay but that may be the wishful thinking of a man who still believes in Santa Claus, Christmas miracles, and, most important,  realizes Mr. President’s importance: “At the center position,” Stefanski said, “you’re in the thick of it [not unlike as NFLPA president], making calls, doing so much from a mental aspect with the quarterback. He’s somebody you don’t just replace.”

Even so, second-year, fifth-round draft choice Nick Harris, who has not snapped the ball in a regular-season NFL game, will try to do just that—replace the irreplaceable. [Harris did start one game at guard during the 2020 season.] Coming off an asymptomatic, by all accounts, case of COVID, Mayfield also will still be dealing with a series of injuries. Tretter no doubt will be worrying about Mayfield, too. If only he had been asymptomatic.

“As we’ve gone back and looked throughout the entire season,” Dr. Sills, NFL chief medical officer, said, “what we’ve seen consistently is that when people have symptoms, that’s when they seem to be contagious to others. And that’s why we’re asking people to come forward and acknowledge symptoms; that’s the point at which they’re vulnerable and the point at which they expose themselves to others.”

Never a doubt what Mr. President would do. Unfortunately, such honesty in this case poses a risk for the quarterback he has protected so well for the past four seasons. (No offense to Harris, who must block a load of nose tackle in Packer Kenny Clark. Maybe he could think of it as protecting a plate of Christmas cookies from hungry Santa.)

Though JC Tretter has proved himself one of the better centers in the NFL, I do worry that if he chooses a career in the political arena when he retires, he may be too honest.