Winter Comes to the Lion of the O-Line 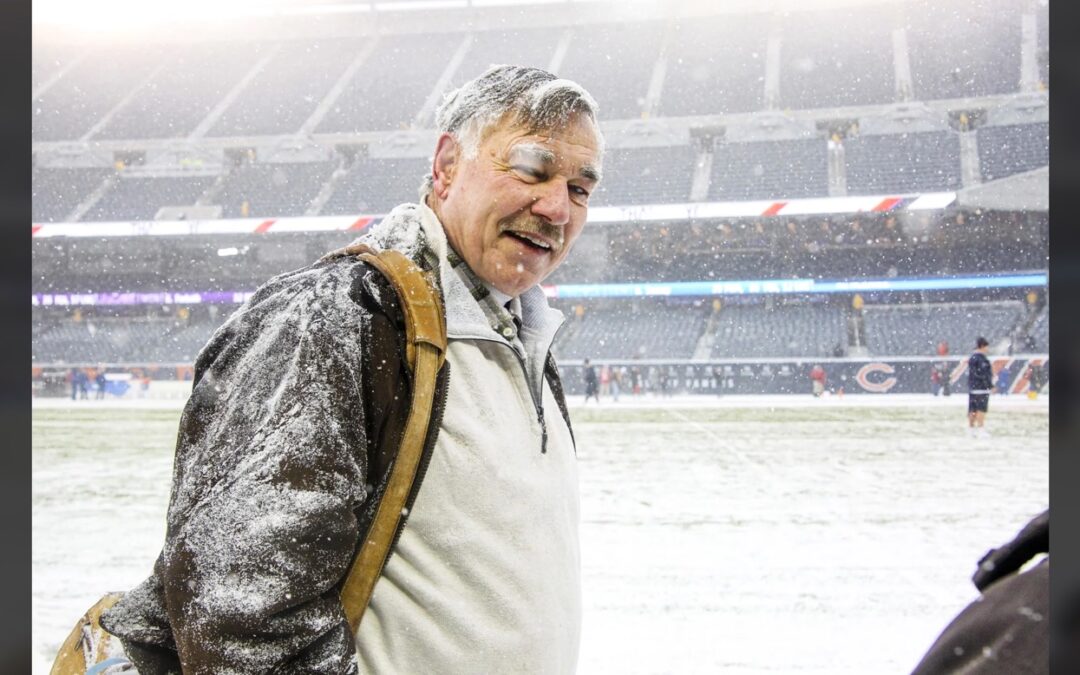 Longtime Brown Doug Dieken comes to the end of the line

Before he ascended into the heaven that is the Cleveland Browns radio broadcast booth, Doug Dieken played a hallowed position: Left tackle. It is the one spot along the offensive line where anonymity can be turned into celebrity if a man is good enough and tough enough. Joe Thomas has done it most recently and is going to the Hall of Fame.

That should never be forgotten and wouldn’t be if it were not for the fact that he has spent so many years enlightening and entertaining us with his words—the analysis, the commentary, the witticisms that only a man who once earned his living by sticking his hand (the wrong one) in the dirt and then trying to bury his foe there. If that didn’t work, Dieken was not above subtly grabbing a handful of jersey and snatching his foe down.

When you were a sixth-round draft choice who played tight end at Illinois before being told the Browns intended to make him a tackle—a left tackle, mind you—and you had to try to live up to the Hall-of-Fame resumes of guys whose position it once had been, it was enough to turn Dieken into a crafty devil to avoid embarrassment and stay alive.

On Sunday, he will join play-by-play announcer Jim Donovan, for the final game of not only this season but also his career. After 50 years as a player and then broadcaster, Doug Dieken’s body has told him for the second time that it is time to retire.

When it happened in 1984 at the end of his 14th season, Dieken slipped unobtrusively into the broadcast booth the way he had so often slipped a hand onto or around an opponent to save the life of his quarterback or open a hole for running backs. As I suggested a few years later, he was so good at what he did that he could have helped the Browns pick O-linemen, as the great Paul Warfield had offered advice on receivers.

Mostly during those years I didn’t offer the Browns advice as to how best to utilize Dieken’s many talents or coach him as to clever rejoinders he could use on the air. He probably would have ignored me, because he was more a straight-ahead guy who, nevertheless, could be a prankster. What I did do was to listen whenever I could to anything he had to say about football in general and offensive line play in particular. I had discovered the value of this during years of writing about the game—high school, college, and pros—and seeking out offensive linemen who were not only insightful but also more willing than some of the alleged stars to share their insights. They liked to talk, especially to those who were eager to listen and learn.

I discovered, while working for the Miami Herald as a back-up writer on the Dolphins, who would butter my bread. I do not remember the late Bob Kuechenberg, a guard whom I think Doug Dieken would have loved to play alongside, ever leaving early a conversation with me wanting. I love smart talkers. These two were much alike: excellent, winning players who never received the credit/respect that they deserved.

I especially liked to sit around the press area at Browns headquarters that looked out on the field and listen to Dieken. Even if he were not retiring as a Browns centerpiece, I doubt it would be the same. The media is supervised, limited what they are allowed to see; locker rooms are closed, locked as it were. [I suspect they will remain so, even if/when we emerge from the era of the COVID-19 virus and its many mutations.] That is a loss for the media and the readers and listeners they serve. They won’t know a Dieken in the way that those who have known him as a player and broadcaster do.

Midway through his first season, Dieken replaced one of the legends at left tackle—Dick Schafrafth, who should be in the Hall of Fame but is in the Professional Football Researchers Association’s Hall of Very Good, a compliment from those who live the game and know it as well as some of those whose votes open the Big Doors. Schafrath became the Browns left tackle in 1960 and held it until he handed it off to Dieken. On the line that tackle-in-progress Dieken joined was right guard Gene Hickerson. When Hickerson was plucked from the Hall of Very Good in 2007, his presenter, Bobby Franklin, made a point that Hickerson wants to remember those on the lines who had helped to make him the Hall-of-Fame player he became: One was Doug Dieken.

Players know players. They know who is somebody and who is just a body. Dieken was and is somebody. He played for head coaches Nick Skorich 1971-74, Forrest Gregg (a Hall of Fame tackle) 1975-77, and Sam Rutigliano 1978-84. His quarterbacks were Bill Nelsen, Mike Phipps, and Brian Sipe, but it was backup Paul McDonald, who also held for kicks, who connected with the former tight end on a 14-yard touchdown pass in 1983 on a fake field goal. The Browns should have used Dieken more on tackle-eligible plays. His hands were magic. He could catch and hold anything or anyone.

As much as Dieken went through in the game (broken hand, twice broken thumb), two knee injuries, it was after he had finished playing that he endured health issues that have caused him to step away from the broadcast booth. He established a record for games played (203) and consecutive games started (192) that might well endure. He told longtime Browns writer Tony Grossi (The Land on Demand): “I always thought that once I miss that first game, it’s going to be a lot easier to miss the second one.”

So Doug Dieken played on and talked on and learned as much about toughness from some of his broadcast partners—Nev Chandler, Casey Coleman, and Jim Donovan—as he ever had on the field. “I played with a lot of tough guys,” he told Cleveland.com’s Terry Pluto. “But none were tougher than Nev, Casey, and Jimmy.” Chandler (47) and Coleman (55) died of cancer during their illustrious careers, and Donovan will be with Dieken for one last broadcast Sunday, after surviving a struggle with leukemia.

Dieken, who will be 73 in February, has undergone two knee and two hip replacements and has had to cope with an irregular heartbeat. So the voice I have loved in so many ways will go quiet, and I will listen one last time and then hear it in my football dreams.

NOTE: The final broadcast (Browns vs. Cincinnati) can be heard at 1 p.m. Sunday at 850 ESPN Cleveland, 92.3 The Fan, 98.5 WNCX and the University Hospitals Cleveland Browns Radio Network. More information at https://www.clevelandbrowns.com/audio/radio