Don’t be Dangerous When It Comes to Others’ Lives 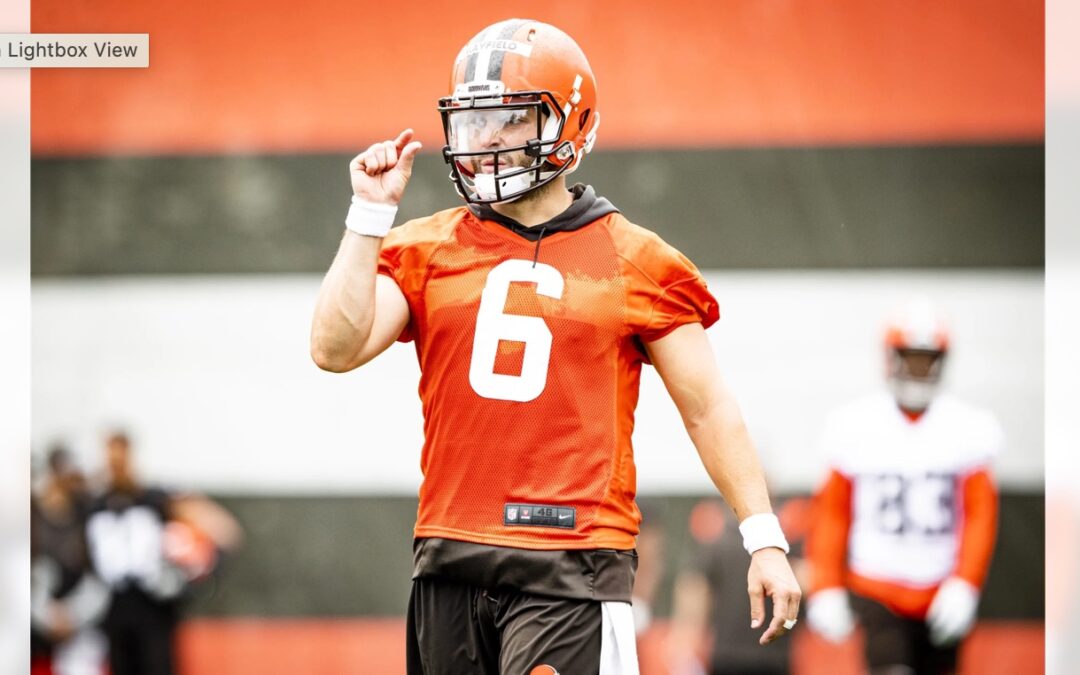 When Baker Mayfield woke up on the morning of November 11, 2018, “feeling real dangerous” during his first season as quarterback of the Cleveland Browns, it was a good thing.

Iceman: You two really are cowboys.

Iceman: You’re everyone’s problem. That’s because every time you go up in the air you’re unsafe. I don’t like you because you’re dangerous.

Mayfield had completed 17 of his 20 passes for 216 yards, three touchdowns, and a lofty passer rating of 151.2. It proved to be one of the finer if not the finest moments created by Mayfield and his newly promoted offensive coordinator, Freddie Kitchens. The next season, after another promotion to head coach, Kitchens reached his level of incompetence and turned into a pumpkin.

Baker Mayfield, on the other hand, became even more dangerous after management cleaned out its “Kitchens” and replaced him with Kevin Stefanski, who, unlike his predecessor, could call plays and run the team simultaneously. After a season together, the latter half of which was so promising despite injuries and the havoc created by the coronavirus, that the Browns now find themselves in many minds and on many lips as one of the National Football League’s top teams.

Still, danger remains and is seemingly growing, much of it self-inflected. And this is not a very good thing. When Mike Freeman, a USA TODAY columnist, wrote about its incarnation in the NFL recently he borrowed from and extended a theme The New York Times columnist Paul Krugman struck a year ago in a piece titled “The Cult of Selfishness Is Killing America.” Krugman accused former president Donald Trump and his allies of being charter members of “America’s cult of selfishness” for not better controlling COVID-19 while, to boost the economy, reopening the country too soon and “failing dismally on both the epidemiological and economic fronts.”

Applied to the NFL, the cult of selfishness has reared its ugly head in a familiar guise—the right of the individual to stand against rules with which they disagree. The “Don’t Tread on Me” Gadsden, Alabama, flag—a yellow field featuring the phrase and a coiled rattlesnake—had a prominent place in the January 6 insurrection at the U.S. Capitol. Originated before the American Revolution and “used by the Tea Party movement and, at times, members of the militia movement, according to Paul Bruski, associate professor of graphic design at Iowa State University, the flag would not look out of place in the upcoming NFL season. (It has, in fact, been used by the U.S. men’s national soccer team a Major League Soccer franchise.)

In his USA TODAY column, Freeman took to task especially the Washington Football Team for its comparatively low COVID-19 vaccination rate, particularly in light of Coach Ron Rivera’s skin cancer diagnosis and treatment that has left him immunodeficient. Vulnerable to the particularly contagious Delta strain of the virus now circulating, Rivera, even before the CDC suggested that fully vaccinated people should also wear a mask when indoors or around the unvaccinated, did so. Rivera knows too well that the unvaccinated includes many of his players.

“Hopefully,” Rivera told Freeman, “they can understand how impactful not getting the vaccine is.  . . . “With all the news that’s been out there . . . that people are being hospitalized, that they are dying from COVID right now . . . [if they] aren’t vaccinated.” Rivera doesn’t want to be next.

While the NFL has incentivized players to get vaccinated and even suggested in a memo the possibility of teams having to forfeit games if there is a COVID breakout among unvaccinated players, resistance continues. When the carrot didn’t work and the league flashed the stick, JC Tretter, Browns center and NFL Players Association president, called it a “stunt” that created “panic and frenzy.” Tretter has set an example as one of the vaccinated and attempted to persuade the reluctant with whom he speaks as part of his job. But because he supports individual rights, his counters to the NFL may come off sounding harsher than they might be.

Likewise, Stefanski has made his position known to his players, but he too walks a fine line, as there is an agreement in place for preseason practice and games that will be revisited and perhaps revised depending on the ever-changing circumstances of the virus. One thing does not change: Everyone is so worried about rights of the individual that they no longer do what is right. When the polio vaccine became available in the 1950s, it was a time of and moment for less selfishness. People “selfishly” got vaccinated because it could save their lives. They did it for their families, their neighbors, their communities. Where once there was a oneness now there is dichotomy—”the dichotomy of the one and the many” as Louis Auchincloss put it.

The one has won and so the many, who make a community, suffer.

The Dangerous One, Baker Mayfield, has said he has been vaccinated. It was right, even for a guy who is known to take chances on the field. “It definitely poses a competitive advantage,” he said about “higher vaccination rates on your team.” Team first, not individual rights, can prove less deadly. Sounds about right or, at the least, a little less selfish and a lot more adult.