Guardians: Words Matter in History of People or Person 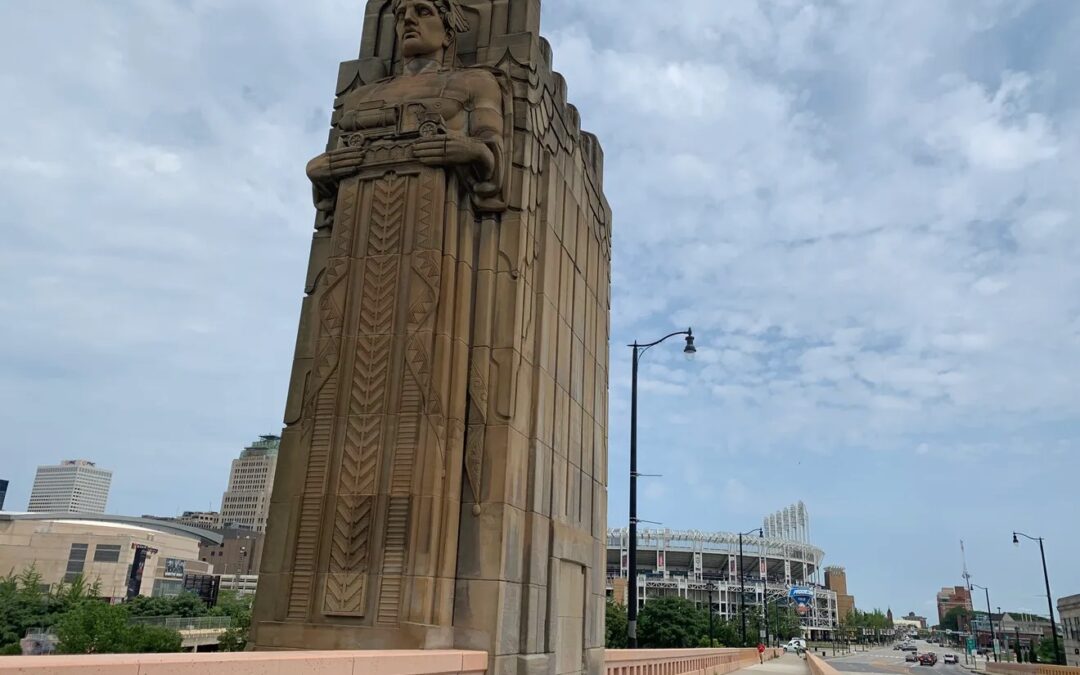 Reaction to renaming the Cleveland Baseball Team the Guardians comes down to which side of history a person lands: the personal or something broader, more inclusive.

Does your personal history with the team matter most? Or, are you more concerned about the history of a people, about how the America’s indigenous people viewed the word “Indians” being used as a team nickname or, worse, inspiring a cartoonish logo?

Though I have a history with the Indians baseball team, it’s professional more than personal. Over a career of more than 40 years, I wrote columns, sports and otherwise, for a number of newspapers, including the Akron Beacon Journal. I spent enriching hours talking with players, coaches, managers, and those who ran the front office, hours of listening and watching that turned into columns. The most personal it ever became was in 1993 when two players, Steve Olin and Tim Crews, were killed and another, Bob Ojeda, was seriously injured in a boating accident on Little Lake Nellie north of the team’s Winter Haven, Florida, spring training facility. It was a sad, difficult time.

It also was a time when those who especially loved Steve Olin, ace of the bullpen, exhibited great courage. (Crews and Ojeda were new to the team, having played in Los Angeles the previous season.) Many stepped forward and up, eyes red-rimmed from crying, voices cracking with emotion to build a bridge that a community of concern could cross. Before the team turned into the Guardians, these men and women already were.

This tragedy touched many communities but there were those who did everything they could to share the pain from these deaths and the joy they took in lives that had been lived by those who had been lost: Manager Mike Hargrove and wife Sharon, who might as well have been team mother; Patti Olin who came to the ballpark, with Sharon Hargrove at her side, to make sure everyone knew the kind of person her husband Steve had been; fellow pitcher Kevin Wickander, Olin’s best friend and best man in Steve and Patti’s wedding; the men who had shared the bullpen with Olin; and second baseman Carlos Baerga, not the loquacious type, volunteered to talk with the media, because, like Patti Olin, he knew someone had to speak for and to the greater team family that included everyone, everywhere who cared about Cleveland and baseball.

It was the team’s worst hours, the team’s finest hours. It is what I will always remember.

They were guardians of one another, of the team, before it  became the Guardians. When owner Paul Dolan announced the new name, which it will begin to use following this season, he said, “We’re not asking anybody to give up their memories or the history of the franchise that will always be there.” Paul Hoynes, who has covered the team since 1983 for The Plain Dealer and now Cleveland.com, wrote about some of his memories after the announcement was made. Though he is the ultimate professional, Hoynesie’s  fondest memories were the personal ones of a 70-year-old man who was born in the city and grew up in Cleveland Heights. He used to listen to the games on the radio as he rode in the car after he and his dad had picked up his mother, a nurse at Charity Hospital, and found themselves driving down Carnegie Avenue.

“They always seemed to be losing,” Hoynes recalled, “and I was always complaining about why they couldn’t score more runs. My father would just laugh and shake his head. When one of his favorite players would come to the plate, somebody like Jimmy Piersall, he’d say to the radio, ‘Have you got a hit in your system, Jimmy?’

“Those are memories that a name change can’t touch.”

Cleveland.com critic Steven Litt couldn’t touch the new name even if he wanted to do so. He is too busy applauding and explaining why “it’s brilliant: It’s got pride of place, legacy, nostalgia, stewardship, and strength all wrapped in one rough, tough, beautiful, powerful word: Guardians.” I commend Litt’s assessment to you: “Renaming [the] team the Guardians resonates artistically and culturally.” If you do look up Litt’s story you will learn the history of the “eight 43-foot tall Berea sandstone sculptures of guardians that stand watch on four pylons over the east and west ends of the 1932 Hope Memorial Bridge, AKA Lorain-Carnegie Bridge” from which the team drew the name.

Words matter. [Yes, I’m prejudiced.] “Guardians” is not only “powerful” but also incorporates the last five letters—“dians”—of the name the team has borne since 1915. When most look at the new name they will think of the team. Me? I will think of home.

I was born and reared on what once was Indian Territory before it became the State of Oklahoma in 1907. Though I am not an American Indian I sometimes think I was the only person in my small northeast Oklahoma town who had no Indian blood. My closest friends did, and the Cherokee Nation on whose land Nowata, Oklahoma, is situated was among those who had asked the Cleveland Baseball Club to follow up dumping its Chief Wahoo logo by also changing its name. I respect Cherokee wisdom.

One of my closest friends, the late Bucky Buck, a member of the Delaware Tribe, followed the Cleveland “Tribe” as if it were his own because he loved the Indians. Unlike some, he considered the name an honor rather than an affront. He would not be happy. He would have continued to wear his ballcap that featured Chief Wahoo and as he told me when I wrote Football, Fast Friends, and Small Towns: A Memoir Straight from a Broken Oklahoma Heart: “My Wahoo ballcap remains on my head in Oklahoma, and if someone differs, we can settle that.” Even dying of cancer, Bucky was a fighter.

If I get back to Oklahoma before I’ve been turned into cremains, I may just take Bucky a new Cleveland ballcap and/or Guardians jersey and leave it on his arrowhead-shaped tombstone with feathers on a black facade. I’ll drop off a note, too; it will explain that Dolan changed the name to stop this athletic version of the Indian wars. Dolan said he believes a professional sports team should bring a community together, not divide it.

Bucky stood for what’s right and, I think, that would have turned him into a Guardian. He would have come down on the right side of history . . . even if he had hated doing it.