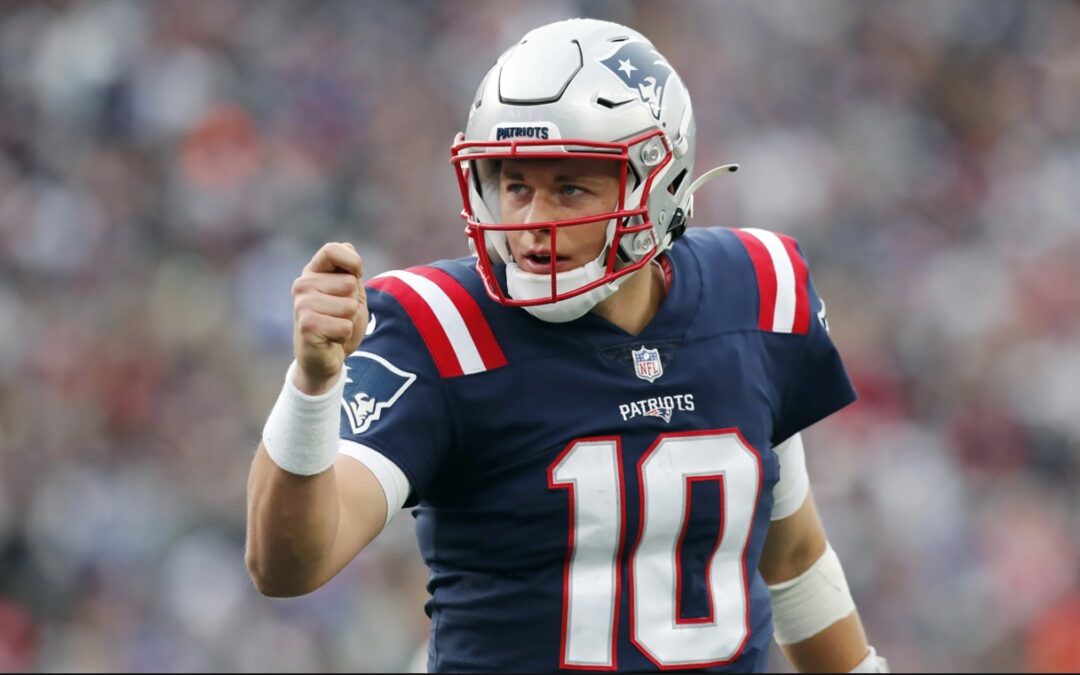 Early on in the Cleveland Browns’ disintegration at the New England Patriots, it became apparent that Baker Mayfield was neither the healthiest nor best quarterback on the Gillette Stadium field. He wasn’t even second best. That would be , former Brown Brian Hoyer.

Mayfield and the Browns squandered the respect and feeling of accomplishment they had earned themselves the previous week when they routed AFC North foe Cincinnati. Now, a season that was supposed to be clarifying has become dumbfounding.

With a contract extension on the line, Mayfield was supposed to prove that after a long line of pretenders and lights even lesser than them—Hoyer among them—he is The Man. He had led the New Browns to their second National Football League playoff berth and first victory since their 1999 rebirth. This was to be the season they would do more.

Instead, Hoyer, now Patriots backup QB, looked better than Mayfield after Hoyer took over for Mac Jones in the fourth quarter. To keep Jones healthy, Bill Belichick allowed him to take a bow for the damage he had inflicted on the Browns in a 45-7 thrashing.

Rare treatment for a rookie—fifth quarterback selected in the 2021 draft. The Alabama star—is there anything less produced in Tuscaloosa?—slipped to No. 15 in the first round. Belichick, who cut his head-coaching teeth in Cleveland on the Old Browns, was there waiting to halt his free fall. Equally important for Jones’ development, he has found himself subject to the tutelage of Josh McDaniels, New England offensive coordinator and son of a legendary Canton McKinley coach, Thom McDaniels.

McDaniels not only has Jones playing better than four quarterbacks chosen ahead of him—No. 1 Trevor Lawrence (Jacksonville), No. 2 Zach Wilson (New York Jets), No. 3 Trey Lawrence (San Francisco), and No. 11 Justin Fields (Chicago)—but also better than Mayfield. Not uncoincidentally, the Browns have considered McDaniels to be their head coach multiple times—but no-sell, including when they chose Kevin Stefanski.

Mayfield could use Josh McDaniels’ touch, because he did not have much of his own when, with the score tied 7-7, he heaved what had to have been one of the sloppiest interceptions of his career. He launched a ball toward tight end David Njoku in the right flat between two Patriot defenders. Njoku, who has resumed dropping balls, had no chance to drop this one. Safety Kyle Dugger snatched it for the Pats’ 14th interception. His 37-yard return established what became a beachhead at the Browns’ goal line.

It set a tone for Mayfield and the offense, which got its only TD on a scripted opening drive that relied on D’Ernest Johnson’s running—four carries for 58 yards—and even the defense, which only the week before at the Bengals had played its best game. No one could do anything right this day, including Stefanski and his coaches.

“We got outcoached in every phase,” Stefanski admitted.

From the interception onward, New England scored almost at will, beginning with the lead they took on Rhamondre Stevenson’s 5-yard blast. The rookie had his first 100-yard rushing day on 20 carries in a game that came at the end of a week of no practice as Stevenson recovered from a concussion. Insult to Mayfield’s other injuries, he also was the second-best former University of Oklahoma player on the field. And he knew it.

Afterward Mayfield told the media: “I think at this point, we—everybody in our building—[have] to look in the mirror and just . . .  reevaluate and be accountable to [ourselves], to each other. Because, we’re sitting . . . somewhere [we never thought we’d be]. We thought we’d be in a better place right now. But we’re not.”

No, the Browns and Mayfield are NOT—not by a long shot.

He may be a living-and-breathing medical chart, from his seemingly mixed-up head to his sore foot, but his problems and those of his team go beyond injuries. (He was knocked out of the game in the third quarter with a contusion to his right knee which did not appear to be the most serious that the Browns suffered: Cornerback Troy Hill was taken to a hospital for examination of a neck injury. He was immobilized on a wooden board before being hauled on a gurney to an ambulance. Additionally, receiver Anthony Schwartz and cornerback A.J. Green came off the field with concussions.)

Their play and the continuing injuries have turned the Browns into a lesser team than they expected to be when they were on everyone’s lips as a possibility to reach the Super Bowl for the first time. Instead, when they play host on Sunday to Detroit, another of the four teams never to have reached the Super Bowl—the Houston and Jacksonville  are the others—without some hard-won, long-time-coming credibility.

Forget the Super Bowl, ESPN writer Kevin Seifert separated the NFL’s 32 teams into five categories at the midpoint of the expanded 17-game season—Super Bowl Contenders, Playoff Locks, In the Hunt, Not Looking Good, and Time for the Offseason. He placed the Browns in the dumpster of Not Looking Good. That is a messy face plant from Super Bowl Contender (optimistic) or Playoff Lock (realistic, based on 2020) or In the Hunt (pessimistic). Seifert also included ESPN’s Football Power Index (FPI) number for each team. Based on FPI, the 5-5 Browns still have a 36.2% chance to make the playoffs, highest in the Not Looking Good category that goes all the way down to the 3-7 Miami Dolphins whom FPI gives a 1.6% playoff chance.

It could be worse. The 3-5 San Francisco 49ers went into a Monday Night Football meeting with the Los Angeles Rams with an FPI playoff chance of 20.7%, not a bad compared with 1% FPI playoff probabilities of Detroit, Houston, Jacksonville, and the New York Jets, the other four teams relegated to Time for the Offseason.

If the Browns cannot beat Detroit, the little beatdown that Big Daddy Bill put on his former team will feel like love pats and a warm bubble bath compared with cold-tub soaks for physical wounds and the icy slaps to the Browns’ inflated egos.