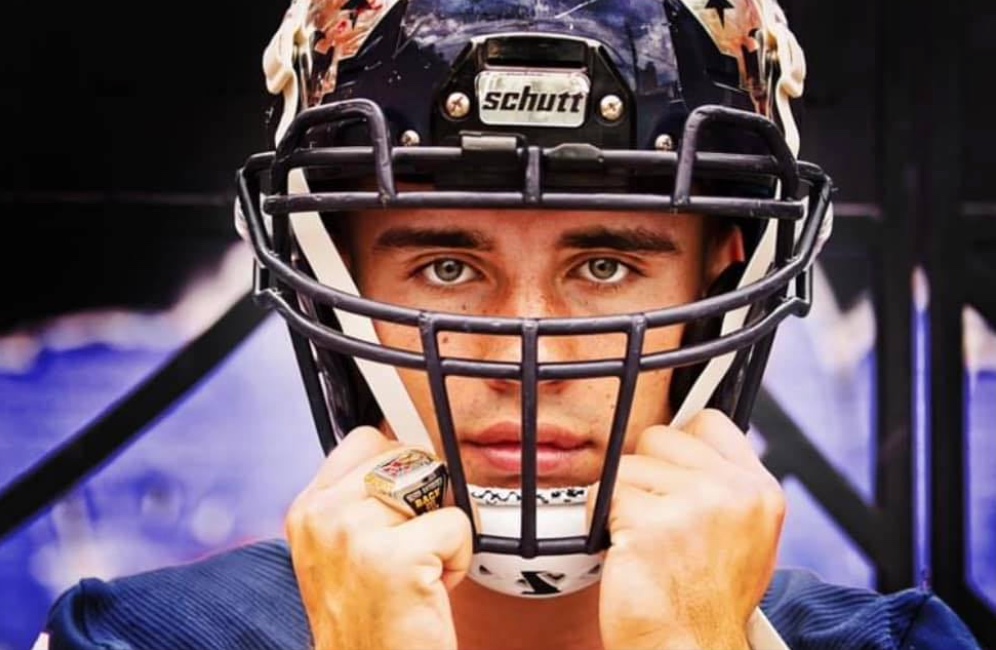 Though not yet concluded, this football season, from preps to pros, but especially with regard to the college I follow most closely, has proved the most unsettling in memory. That may be because my perspective is different from when I wrote sports columns for which someone paid me, usually a newspaper.

Professional journalists, whether writing sports or another subject, must meet certain standards. In the case of football and other sports, we rooted not for the teams about which we wrote but for stories that would prove interesting and could be well written. We cared not whether you liked or agreed with our conclusions but that you respected the work. Now, however, I feel more involved personally in the outcome and context.

And, it is hell. I am perplexed, discombobulated, and scream at the TV a lot.

It has given me new respect for fans. How they survive the seasons and the heartbreak they can produce, I will never understand. At least I used to get paid for my suffering.

My professional interest—the Browns—has crashed back onto the shores of mediocrity, a destination that until recently would have looked like a mountaintop. My high school, back in Oklahoma, didn’t win a game for the second season in a row. The local newspaper hardly noticed and did not report a post-game incident that, though caused by the opponent, led to Nowata’s coach resigning in season and leaving it to someone else to clean up the mess. Barry Lewis, Tulsa World high school sports editor, told me that Nowata, may have established a state record for in-season coaching crises. It keeps happening. There was one in 2011. In the preseason the players found their new coach from Texas not to their liking and threatened to boycott if he remained. He didn’t. The players may have wished he had. Playing many freshmen, they lost every game but had the last laugh. Four years later, they climbed all the way to state 2A runner-up.

A player on a better team—Tulsa Metro Christian—whom I followed as if the sun rose and set on him because for his grandfather, my lifelong friend who died in 2018, it had; he played brilliantly. He surely would have received scholarship offers if he had not signed to play baseball for Wichita State University. Dempsey Gillman, among the Metro Christian stars who won its second state championship in a row in 2020, was even better as a senior defensive lineman. He made so many tackles and created so many big plays that the Tulsa World twice named him player of the week, once chosen by the staff and once by a vote of Northeast Oklahoma’s very serious football fans.

Dempsey’s team had a good season but not a championship one. It didn’t even win its tough district; it finished third at 7-3. In the Class 2A playoffs, it pounded Sperry in the first round but got pounded and punked by Eufaula on a sign welcoming Metro Christian supporters to town. It insulted Metro players by implying they got by on “daddy’s” money, not on their ability. The University of Oklahoma’s Selmon brothers grew up in Eufaula in a family that treated people right. Lucious, Dewey, and Lee Roy would have been embarrassed. Unless you’re a Selmon, one player cannot carry a football team.

Metro Christian lost key players (RB Levi Korir, WR/DB Malachi Penland, LB Cade Gibson) from their previous championship team. No two teams are alike. Lose a part of two and the machine may develop a knock. Dempsey eliminated many on defense and even got onto the field to score in short-yardage situations. Give the tough guy the ball. This week on a day she had “dreaded,” Dempsey brought home to his mother, Missy Buck Gillman, his Super Hero Cleats “to be forever retired.” “When he is on the gridiron,” Missy wrote on a Facebook post, “the world is his stage.” And Dempsey took his star turn and made people proud. He stayed the course in his Super Hero Cleats.

Whereas Dempsey Gillman’s next stage will be on baseball fields where Wichita State plays, Oklahoma football coach Lincoln Riley has gone Hollywood, leaving the Sooners after they lost to Oklahoma State, which will represent the state in the Big 12 Championship Game that OU has owned during Riley’s 5-year tenure. It plays Baylor. The Sooners, meanwhile, try to put a finger in the dike out of which is flowing many of their best recruits—signing day is December 15—in response to Riley’s defection. Winning a national championship looked easier in La La Land and the Pac-12 than it would have been where OU decided its future—and bank account—would best be served: the Southeastern Conference and a lineup that looks like Murders Row.

Riley, who had an impressive 55-10 record, could not, however, win College Football Playoff games. He is 0-for-3, and the National Championship is what he and every coach and supporter of every team wants. Though his situation is very different from what mine was, I can tell Riley about the dangers California presents. He didn’t think the Sooners could do as well in the SEC; I didn’t do so well in California.

Our small-town Oklahoma-Texas backgrounds are similar: Riley is from Muleshoe, Texas. I’m from Nowata, Oklahoma. They are/were similar in size. I was a decent athlete—not great—in small-town Oklahoma. He was a star/champion in small-town Texas. I found out I was not good enough for large-school California football; he discovered the same thing at Texas Tech University, where he decided to follow his coach Mike Leach’s guidance and become a student coach. I had no Mike Leach.

Riley paid his dues and became a star and makes millions—more with the move that he chose to make. My parents used to tell my wife that I made my choice. That conflicts with my memory. I was 15. Riley is 38. I didn’t move so much as I was abducted. I had no choice. What was I going to do: become an emancipated minor to stay in Nowata?

The move to California ruined my life. Riley believes it will make his. I hope he is right. He will be paid millions and millions and he won’t have to worry about a place to live. It is reported that the University of Southern California—its athletic supporters?—will buy a $6-million home for him and his young family in Los Angeles (or area). I don’t remember that happening when my veterinarian father dragged me off to Sacramento.

USC is a private school so exact contract details are not public as they are if a person coaches at a public university but reportedly Riley, who did not have to beg for food in Norman, Oklahoma, will have a long-term $110 million contract to coach the Trojans. I wrote about football for comparative peanuts. Now, I do it for nothing. Guess at least one boy from Muleshoe is smarter and more talented than this boy from Nowata.

NOTE: More about my misadventures in California and beyond can be found in Football, Fast Friends, and Small Towns: A Memoir Straight from a Broken Oklahoma Heart. It is available from Amazon or can be ordered at your local bookstore.