Senior Players at Firestone Teach Us How to Birdie Aging 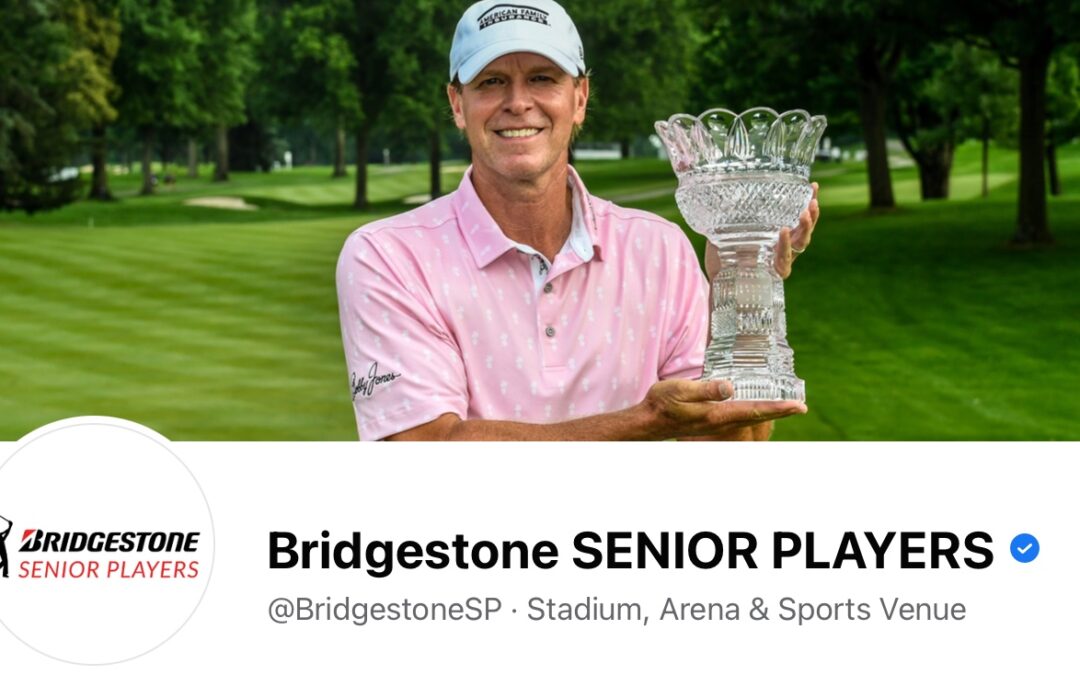 If Akron Beacon Journal columnist Marla Ridenour is right—and she usually is—Phil Mickelson’s historic PGA Championship at the grizzled professional golfing age of nearly 51 will not put stars in the eyes of otherseligible to join the Champions Tour.

Ridenour, in the wake of Steve Stricker’s foundering-yet-still-impressive victory in the Bridgestone Senior Players Championship on Firestone Country Club’s South Course, found ample support among the old guys whom the legendary layout had mostly kicked the hell out of over the four days of this major tournament for ancient swingers.

Stricker may have finished with a 7-under-par 273 to beat back defending champion and buddy Jerry Kelly by six strokes but they were the only players of 81 to break par. And this, on a course deemed by the PGA of Americaless worthy than Tulsa’s Southern Hills Country Club to play emergency host to the 2022 PGA Championship, where Mickelson will defend the title he won in May on the Ocean Course at Kiawah Island, South Carolina. (PGA of America took the tournament away from Donald Trump’s Trump National Golf Club in Bedminster, New Jersey, as a result of the insurrection Trump inspired in the Capitol on January 6, 2021.)

Stricker, who looked his age (54) over chunks of the final two rounds, did not so much have difficulty with others in the field as with the field itself, Firestone South (d.o.b.,  1928), which since 1954 has been making professionals, young whippersnappers and old alike, look as if they might be mere mortals with a golf club in their talented hands.

What might Mickelson have done? He has won on Firestone South and might have won more had a guy named Tiger Woods not played again and again as if he owned the joint. He won record eight times here. If throughout his career, which began in 1992, Mickelson has beaten most of his colleagues as if they were miniature golfers, Woods, second (15) only to Ohioan Jack Nicklaus (18) in major championships, loomed so large over golf, and particularly at Firestone, that he somehow miniaturized the game itself.

But that was Woods and Mickelson.

“He’s always been the guy at our age level that we had to beat,” Jim Furyk agreed. “Phil’s a little bit of an anomaly.”

A little bit of an anomaly?

Mickelson has played in three Champions events since turning 50, the qualifying age. He won two. Any place Phil Mickelson shows up, the crowds are sure to follow. Only Woods is more of a magnet for followers of the game, and I have my doubts whether he will play on the Champions Tour. He should, for the good of game, but Woods has not always considered the good of golf when he has decided how to live his life.

Mickelson, on the other hand, may get under the skin of fellow competitors at times—he was a psychology major in college at Arizona State—but compared with Woods his reputation is much closer to that of Jack Nicklaus, all-time majors winner who stands on Mount Olympus and leaves Tiger in the rough of the foothills.

In Sunday story in the Beacon Journal, Tim Rogers, longtime sportswriter for The Plain Dealer in Cleveland and now a freelancer, painted a word picture of the difference between the 2020 tournament and this year’s event. Last year, because of the coronavirus pandemic, spectators were not allowed on Firestone South. “It was really stark . . .,” Jerry Kelly told Rogers. “You realize how much you missed [the crowds and cheers] now that they’re back.” [Neither Rogers nor Ridenour wrote about the third round per se. I presume it had to do with deadlines for the edition, shrunken staffs, and shared printing presses among newspapers; the old days are not coming back. When, from the late 1980s through the mid-1990s, I wrote the tournament columns from the then NEC World Series of Golf. We covered the event with five or six writers and two or three photographers. Akron was a PGA Tour mainstay, with large and loud crowds.)

In comparison, attendance appeared meager—I don’t have figures—as I watched this tournament on television. My perspective may not be the best, and Akron always has been one of the best-attended stops on the PGA Tour, in part because the pros—young and older—love the old-fashioned, straight-forward layout that does not have to be tricked up to be difficult. Rogers wrote that fans “turned out again this week in relatively solid numbers” and this was not lost on players such as Fred Couples: “It matters an incredible amount and I think everybody has now realized what the fans give us. Not just what it can do for the community and the tickets and the charitable monies [about $32 million since the 1950s] . . . but for the energy they give us.”

Because there always has been such an appealing synergy here between golfers, fans, and the volunteers that make the tournament a humming success no matter its incarnation, I worry about the change from PGA Tour, where the competitors are in their prime, to the Champions Tour that may appeal to older people like myself but not necessarily the follower who demands best shots fly from the face of every club.

Senior players I have found are, as a group, more accessible, more generous with themselves and their time, in part, because they know their shots no longer are their greatest appeal. It is who they were and what they have done and the transition they show us all about aging as gracefully as our circumstances allow. Yeah, and maybe by the time a person reaches 50 and beyond they have gained some maturity. This generalization might not apply to everyone—including myself.

The Bridgestone Senior Players Championship’s agreement to play at Firestone South has another year to run. I used to follow the machinations with the contracts, those who won them for Akron and those who kept them here. So many good and responsible people, too many to try to list. But change has been visited upon us. I don’t want more.

I want to see Phil Mickelson, best of those who used to be best, show us once again why, and, even if different, that they still are. Maybe that will make us feel, if not young again, at least better. And most days, better is enough.