Would Browns Have Supported Nassib, Player They Cut? 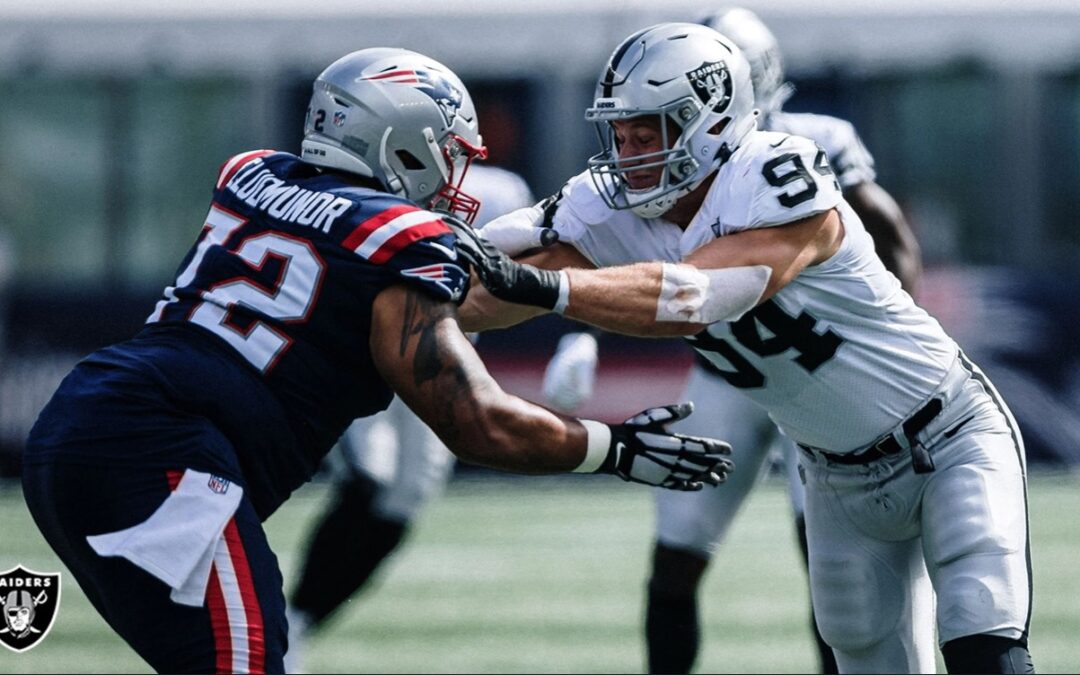 Following the apparently overwhelming positive response to Carl Nassib’s casual revelation that he is gay, and thus the first active player to acknowledge this in the NFL’s 101-year history, one of the speculative questions centered upon the supportive role his team, the Las Vegas Raiders, played in his announcement and whether or not this would have occurred if he played for a different team. Which, of course, Nassib has.

Drafted by Cleveland in the third round in 2016, Nassib played two seasons for the Browns before John Dorsey, the team’s new general manager in 2018, cut him at the conclusion of training camp. He had become one of the stars of the HBO documentary series Hard Knocks. This only contributed to the drama of his Browns demise. Everyone got to watch Nassib’s exit play out in bloody awful color.

Nassib could play. He had started 15 of the 30 games in which he played at defensive end, racking up 5½ sacks and 52 tackles, 11 for losses. Didn’t matter. Dorsey had seen enough and he did have an eye for talent (if not head coaches). He was cleaning house. The day before ridding himself of Nassib, a Sashi Brown pick, he cut Nate Orchard, a Ray Farmer draftee in 2015. He had two defensive ends he considered better, though he would dump one of them, Emmanuel Ogbah, another Brown choice, a year later.

These choices cannot be easy. Both Nassib (Las Vegas after Tampa Bay) and Ogbah (Miami after Kansas City) have found teams that value them and situations that fit. But what of the question posed by USA TODAY columnist Mike Freeman in a piece focused on the Raiders’ long, impressive record of making history, first guided by the late, flamboyant, go-his-own-way, Hall of Fame owner Al Davis and now by his son, Mark?

Freeman made this point about the team that hired the first Black NFL head coach in the modern era (Art Shell), the first Latino head coach in the modern era (Tom Flores), the first female team executive in NFL history (Amy Trask). (It should be noted that during the league’s initial years, the Akron Pros made Fritz Pollard, star tailback and sometime quarterback, the first Black coach in NFL history in 1921, the year after he led them to their first and last championship.) “Davis sought diversity before it was convenient, cool, or message-tested,” Freeman wrote. “He did it because that’s what you’re supposed to do. It was that simple.

“It’s likely Nassib would have still come out if he were on another team, but he had historical and structural girders in place on the Raiders that weren’t there in other places.”

Once, the old Browns had that, and they may now again under leadership of General Manager Andrew Berry, Chief Strategy Officer Paul DePodesta, and Coach Kevin Stefanski. Owners Jimmy and Dee Haslam, after a number of seasons of guiding a ship lost at sea, appear to have found a steady and better course.

Through some troubled times and with challenges different from a player not only coming out as gay but also offering himself as a model of courage for others, Modell’s Browns navigated through troubled waters of a drug crisis that they faced head-on. With Coach Sam Rutigliano at the helm as founder of the team’s Inner Circle drug rehabilitation program, from 1981 until his firing midway through the 1984 season, the team carried on through thick and thin as big-hearted “druggie do-gooders.”

This began with a failed effort to save draftee Charles White, a Heisman Trophy-winning running back (he eventually sold it to settle tax debts) from Southern Cal who did have one good season after Cleveland. It included the death of Don Rogers, who died from cocaine poisoning on the eve of his marriage. Then, it continued with the ignominious arrest but ultimate salvation of fullback Kevin Mack. Being druggie do-gooders, as I pointed out at the time, was “no easy thing to own up to when there is evidence that the compassionate, another-chance approach contains its share of flaws and failures. Do-gooders who do no good or are taken in by unrepentant druggies often end up being remembered as self-serving, at best, and suckers, at worst.”

Modell had his personal flaws and failures, but trying to help players, who mostly remained anonymous, was not among them. Through it all, Modell allowed as how, “We’ll continue to run the Inner Circle. There isn’t a program like it in all of professional sports. The Inner Circle is not a halfway house. It’s a tough program. But in human terms and professional football terms, I’m proud of it.”

He had the right to be. Just as Carl Nassib has the right to be proud of himself for the courage he has shown in putting a face on what it means to be gay in the National Football League. He made a name for himself as a profane financial advisor to teammates during one of the 2018 episodes of Hard Knocks. He added to it with his short, matter-of-fact coming out this month on a video that he posted to Instagram.

He has been roundly and deservedly praised for his example to others, including pledging $100,000 to the Trevor Project, which offers suicide prevention for LGBTQ+ young people. Among those lauding Nassib was Dave Kopay, who in 1975 became the first major team athlete in North America to publicly come out as gay. Though he did so after retiring from the NFL, he said it turned him into a football “outcast.” Well, no more.

“To see someone out there like Carl, to know what he will represent to so many, I just can’t get over the emotions,” Kopay, now 78, told The New York Times columnist Kurt Streeter. “His example shows what I have been saying for years to young people: ‘Relax. Just be happy with who you are and don’t be afraid to tell the world. There will be critics, but there will also be love and support. Just make it happen, with no shame, because we are on the right path.”

And even if that path is not what he anticipates after signing a three-year, $25-million contract with the Raiders in 2020, Nassib can always fall back on his second career: financial advisor to clients who appreciate an honest, engaging, if profane, gay man.